Relic paced back and forth. "Lahash, you know stealing souls that do not belong to the dark realm is not something any demon can do. Aiden should have been given a choice when he passed, to go to Etheria or live another life. This is not the way of things in our Universe, and you know it. When the fairies here of this, Karma will have all the power she needs to destroy all of you!"

Lahash laughed. "Oh, Relic, calm down, you act like I stole his soul. I did no such thing. It was Moloch, the soul collector who took him after Aiden made his choice. He was presented with the chance to live another life, and so he chose it. He just chose this life."

Talon shook his head, "Are you mad? No one would choose this life to remain in the dark realm! That isn't Meridian."

The woman that stood next to Aiden in the kitchen looked up. Her eyes flashed as she listened to the guides, and she broke away from Aiden, who remained unaware of what was happening beyond the illusion of Tallulah's kitchen.

As she came face to face with Talon, she stood with a grin. "Hello, Talon. Allow me to introduce myself. You are correct, I am not Meridian, but he doesn't know that. The woman said as she nodded to Aiden, who sat quiet and still at the table. "I am the demoness from the high court, Astaroth. Your son may not know me, but I know him quite well. I visited him in his dreams, some of which, his natural gifts, made it difficult for me to connect to him. However, with time, I managed to do so, and upon his passing, it was easy to convince him that now that he and Meridian had passed on to the afterlife, I was she, and we would live together forever, here."

Talon reared back to punch the demoness that stood in his face, but before his fist contacted the deceiver, and invisible force kept him from striking the demon. "Talon, now there. Violence isn't a necessity."

"This is like the first time we came here. When Kieren went into his trance, he thought he was seeing the old bandmate that died with him in the car wreck. Just like Talon warned us, nothing is what it seems, and we would become our worse fears. We would see things, not really there. This is a trick, and that isn't Aiden. He isn't here, and Talon doesn't believe her." Relic said.

"Oh, it is very real. We have Aiden's soul, and he was all too willing to go. Go ahead, talk to him yourself." Lahash said before he disappeared along with the demoness Astaroth.

Suddenly Aiden became aware of his company, but to Aiden, he perceived them to be strangers, and they appeared to him like demons. Aiden stood up from his chair, gasping for air in shock. He rushed back into the sink, yelling, "Meridian! Meridian! What is happening? I thought all this was over." Suddenly the demoness appeared again standing next to him.

"It is okay, Aiden. These are spirits; some are quite scary and bad. Remember what I told you? That after we passed into Etheria, we would see them from time to time. Don't worry. You will get used to it." Aiden quickly calmed down at what the demon told him.

Kieren said, "Just like when I was here, she is right. Aiden thinks he sees us like ghosts or demons, and he sees Astaroth as Meridian. This is trouble. How are we going to break Aiden out of here? Worse, he won't listen to us. We can try, Pramlee, you go talk to him."

Pramlee looked confused, and she reluctantly walked toward Aiden. He drew back once more when Pramlee approached. "Aiden, do you know where you are?"

Aiden's face furrowed, he stood stiffly, "Of course I do, I am in Etheria. I am with Meridian; this is our home. She said spirits like you who are lost would come from time to time."

"Aiden, you are not in Etheria. I am Pramlee. I am from Etheria, and this is the dark realm. That is not Meridian. You have to come with us and get out of here." Pramlee pleaded.

"Meridian said you would say those things. You need to leave. I am with the love of my life. I am happy, and you are just lost. Leave me alone!" Aiden shouted.

Relic looked to Kieren, "Aiden doesn't even seem like himself, or the one I knew when he was alive." Relic shouted to Pramlee, "Come back here, he isn't going to listen. We have to find Meridian. She is the only one who can bring him out of this. Just like she did with Kieren."

In a blink of an eye, they were back on Earth standing in the very place where they portaled. Selena rushed over to them, "What happened?"

Kieren said, "It is a long story."

If you need to catch up, the first 3 books and read the latest one, a series collection of all is out on Amazon. 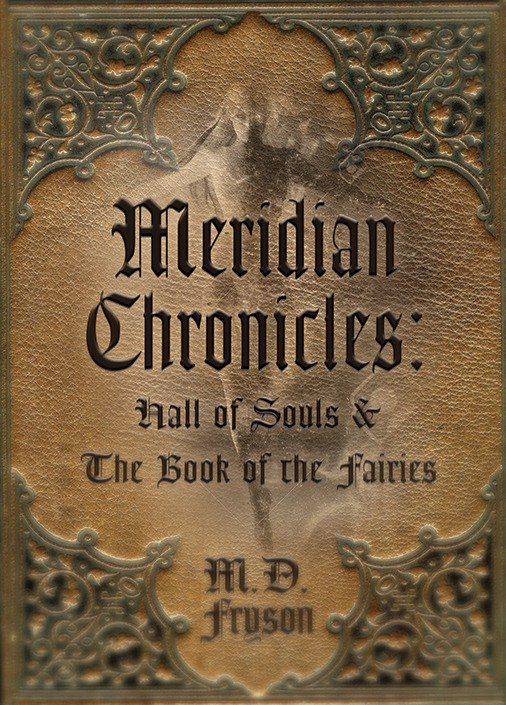 Add this book to your goodreads shelf.