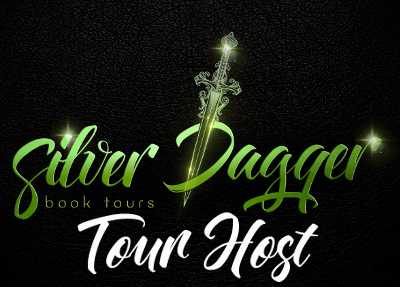 The white tent was filled with glowing lanterns setting on top of white-table cloths. The harsh street ground was completely covered in several rugs that had beautiful paisley designs of red and off-white.

There was a warm glow about the room that not only surrounded the people, but seemed to fill them as well. I was not used to such beauty and warmth. And that’s when I really discovered something important about myself.

I was cold on the inside. And I had allowed myself to become used to it. I could tell because of the discomfort that this atmosphere was causing me. I needed my heart to thaw. I still clung to Ashton’s arm as we walked towards an empty table.

I found myself resting my head on his shoulder for a moment. I wasn’t sure why. I could feel him turn his head towards me, so I lifted my head and looked him in the eyes. He smiled. Then he pulled a chair out for me.

He took the seat off to my left.

“So, tell me about your family,” Ashton said after we were situated. “What do your parents do?”

This was when it was usually nice to have a partner in my ear to feed me some fake information. But I could hopefully get by on my own.

“My dad is in business,” I replied. “He works in a corporate office in New York. My mom was a stay at home mom until I started high school and then she started working as an insurance agent.”

“Do you have any siblings?”

“Unfortunately, no,” I replied. “I sometimes wish I did.” That part was true. “What about you?”

“Did you ever want any siblings?” I asked.

“Sometimes,” he answered. “I always thought it would have been really cool to have an older brother.”

That’s when a loud, booming voice interrupted our quiet discussion. “Why? So you could have someone to defend you against big, bad Kalvin?”

There was laughter coming from Kalvin and his friends as they all sat down at the table with us. Ashton stayed calm, but I could tell by the way he started to clench his hand under the table that he was getting either angry, uncomfortable, or both.

“What, did we interrupt something?” Kalvin asked, feigning innocence.

Lucas and Derrick started smirking. A moment later, Jamie came over to the table and sat down in between the two.

“I think these guys are on a date,” Lucas said.

“Actually, I do,” Ashton answered. “There are plenty of other tables around here. Why don’t you guys just go sit somewhere else?”

Kalvin just laughed. “I swear. You must be paying this girl to go out with you.”

I was getting angrier by the second, but before I could say anything, I felt a gentle hand on my shoulder. I looked up to see Janice.

“Hi, honey,” Janice said. “Could I borrow you for a second?”

I glanced at Ashton, who nodded and mouthed, “Go ahead.”

I hated leaving him there, so I made sure to keep an eye on the table while Janice led me away. When we were out of earshot, Janice took my arm and pulled me closer.

“Don’t let those nasty kids ruin your night,” she said. “Do you want me to say something to them? I can get them thrown out for causing trouble. They have no right talking to you guys like that. You have to be careful with Kalvin. He and his friends can be pretty violent if they’re provoked.”

She looked at me uncertainly.

She started to smile back and then gave me a pat on the shoulder. “Alright. But if you need anything, just come get me. I’m sort of like Ashton’s other mom, so I’m pretty protective of him and his friends.”

She walked away and I slowly began making my way back to the table. As I got closer, I heard everyone at the table burst out laughing except for Ashton, who set his jaw tight. I hadn’t heard what they had said, but it was obviously enough for Ashton, because he stood up to walk away. Lucas reached over, grabbed his arm, and jerked him back down into his seat.

Ashton yanked his arm away. “Cut it out and grow up!”

“Grow up?” Kalvin said. “Why don’t you try giving yourself some advice? Felix is going to be gone before the clock strikes eight. Watch me work my magic.”

Ashton gritted his teeth. “Stay away from her.”

I stopped and slowly turned away without them seeing me. Then I made my way over to the refreshments table. I picked up two glasses of punch and headed back over to the table. Then I set one down in front of Ashton and the other in front of myself before taking a seat.

“I brought us some drinks, handsome,” I said. “I hope I got what you like.”

Ashton suddenly looked over at me, obviously hiding his surprise at my sudden change of dialogue. “Oh, thank you.”

I dropped a straw into my drink. “I’m so glad that you are finally taking me out. It was hard to catch him, but I saw what I wanted and didn’t stop chasing until I got it.”

Jamie glanced at me funny and then frowned. Kalvin furrowed his eyebrows.

“You chased him?” Kalvin said, making a sound of disbelief. “You must be as big a dork as he is.”

‘Dork’ was such an immature term.

“Oh, I was a bit of a nerd in high school,” I replied. “Studying anthropology and the human condition. People just didn’t understand. But that’s how I ended up getting into photography. Well, it was actually my modeling career that got me interested in photography in the first place. One day, I just looked at the camera and realized the powerful influence I could have if I was on the other side of the lens.”

“Oh, yes, I was a model for awhile after I graduated from high school,” I replied. “Then I used my photography skills to take photos that related to anthropology, traveling to different countries to study people and the way they lived. It was quite fascinating.”

“How did you afford the travel?” Jamie asked suspiciously.

“Oh, my parents financed everything,” I answered. “My dad was a farmer, and he struck oil on his land right after my mom and dad got married. They took care of all of my trips. But after I began making my own income, selling my photos to travel and social research magazines, I refused to use any more of their money.”

None of the others at the table said a word. Neither did Ashton, who just stared at me. He suddenly got a slight grin on his face and looked down. He knew what I was doing.

“You look so good tonight,” I said to him.

He looked back up at me, and the second he did, I grabbed him by the collar of his shirt and kissed him. I’ll admit, it was my first kiss, and it didn’t necessarily come about the way I had always expected, but I didn’t care.

Felix Jaynes is a special agent for the Real Life Immersion Program (also known as RLIP). A few months earlier, she had a traumatic experience that caused her to go from a confident agent who was a phenomenal expert in her field, to suddenly doubting her career. She has recently been sent to an extremely rural town called Toselville; playing the part of a young nature photographer. Everyone has their cliques in Toselville. As a twenty-one-year-old, she finds herself having to network with the younger people in town. Her mission: find the middle aged son of two weapons designers who created blueprints for the United States government. As time goes on, she befriends Ashton Mathis, the owner of the only grocery shop in town, and his best friend/employee. Ashton instantly becomes enamored with Felix's beauty and kindness she shows towards them and he begins to pursue her while she is in the midst of working on an incredibly dangerous mission. RLIP agents have partners who talk to them through their small earpieces that cannot be seen. These agents are not allowed to see their partners or even know their names. Felix has had many partners who are generally cold and over-professional. But Felix has been assigned to Wolf, an older gentleman who becomes a sort of wise father figure to her. After going with Ashton and his friends to the town bowling alley, Felix finds that she is starting to get into a clique of her own. Ashton is there to hopefully win Felix's heart, and Felix is there strictly on business, hoping to get information for her case...or so she keeps telling herself. Against Wolf's initial words of wisdom, Felix finds herself thinking about Ashton and accepts his invitation to go out on a date. But Felix accidentally blows her cover, and soon, Ashton is attacked. Felix was able to save him once, but now her enemies will stop at nothing to get to them. Felix is reassigned to a new mission...witness protection for Ashton and herself. Their budding romantic relationship comes to a sharp halt as they now have to focus on working together to survive. They can run, but they know their enemies are never far behind. Their only option to save themselves is to solve this case. And it is not going to be easy.